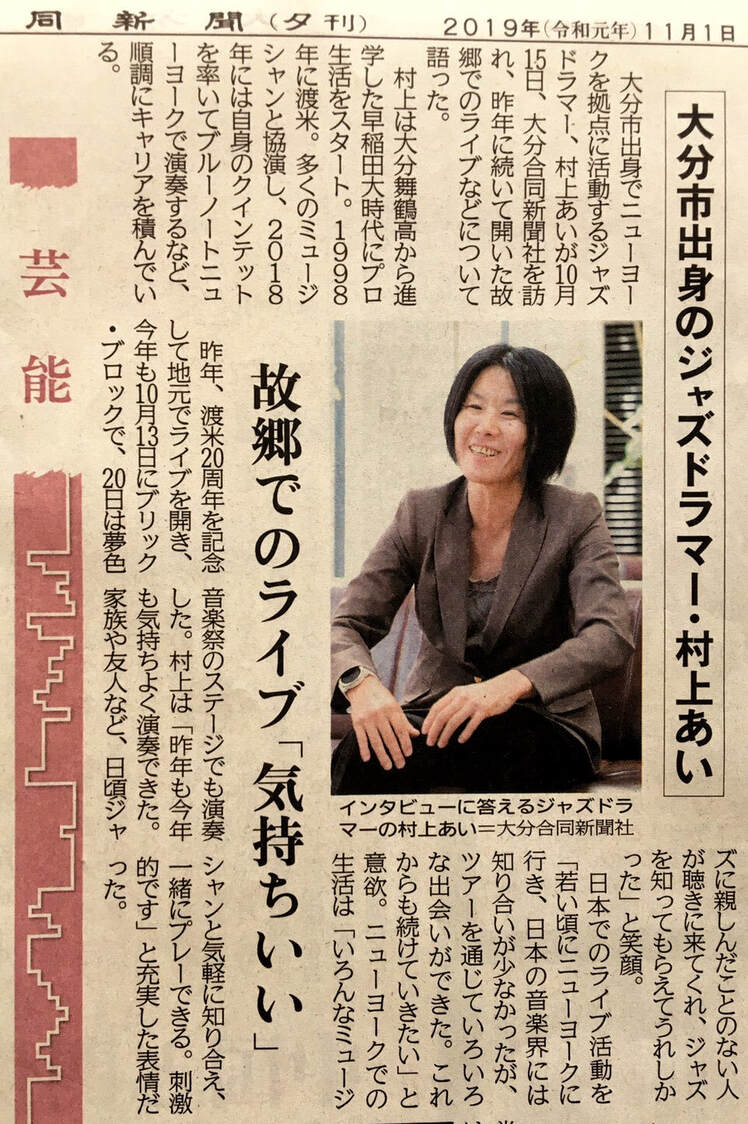 Ai Murakami is one, but unlike most of her peers, she operates inside the tradition. She was born in Japan but has been based in New York since 1998. The music she hears in her head is bebop, but in a version on the leading edge of now.

Murakami plays venerated texts from the middle of the previous century- Tadd Dameron's "On a Misty Night," George Shearing's "Conception" -with exuberant irreverence.

Her interpretations prove once again two things about bebop: Its complex energy is unique in its capacity to communicate joy, and its forms are inexhaustible in their openness to individual expression.

In tunes that in other hands might sound quaint, like "Sweet Lorraine" and "Old Devil Moon," he bearsdown hard and elucidates tough love.

He is wonderfully ragged, always flirting with chaos, then choosing order.

Pianist Tardo Hammer is different. He speaks bebop, his native tongue, with measured fluency and poise.

On this Project conceived and led by a drummer, there are no indulgent drum solos.
Murakami is crisp and selective, but her breaks insert force into all the right places. She is the first reason Conception swings like crazy.

For the moment, the usual media sources have tired of telling us that jazz is dead, but some anonymous blogger launches heavy satire that it is “the worst,” while another source reports that jazz is the least popular music on the planet.  I find it difficult to care about such blurts . . . because beautiful performances and many new discs prove those slighting words untrue.

I had never encountered Ai, but when I had the opportunity to hear her music, I was very pleased.  (I must point out that my apartment, rather like the late Ed Beach’s, is primarily furnished in music — a wall of CDs, boxes of cassettes, and a collection of what is now called fashionably “vinyl,” so that I turn down offerings of most CDs, thinking that I will never live to hear one-fourth of what I now own. For me to eagerly ask for a CD is in itself an enthusiastic endorsement of the music it contains.)

First off, although this is a drummer-led quartet, Ai is a percussionist more interested in propelling the group than in soloing.  The two extended solos she takes, on SAUCER EYES and RAY’S IDEA, are each slightly more than a minute long, and are deliciously melodic displays of accents, rolls, and rimshots — compositionally deep, as one motif naturally builds into the next.  Throughout this session, she plays “for the comfort of the band, ” creating a flowing swing tapestry for the quartet.  She moves quietly around her set as the context changes, and her work is full of subtle colorations of sound that show how deeply and lovingly she listens to her colleagues.

Pianist Hammer is one of the great lyrical players of this era, his work simultaneously definite and airy; bassist Shakur is a melodic player who keeps beautiful time and has a deep resonant tone; altoist Nasser is a post-Parker songbird with a citrusy tone, moving easily from one great lyrical paean to the next.

This recording is “old-fashioned” in beautiful ways, which I write as a great compliment: it shows their respect for song offered in swinging ways.  Melodies are caressed rather than demolished, and the result is gratifying mainstream jazz played in this century.  It isn’t an attempt to reproduce great performances or familiar solos in better fidelity, but one could pass it off as a lovely unissued Prestige session and the collectors would be racing to buy copies.

I asked Ai for her thoughts, and they are candid and modest.
​
“First of all, I love each one of these players as a great musician.  They have their own unique sound and their phrasing is so musical.  I have worked with each member in different band situations and always enjoyed it.  But when we played together for the first time, it was very different. I felt full of joy while I was playing as the band was so swinging. After several gigs together, I felt even better! Then I started thinking that I should do a recording with this band. I wanted more people to hear our music and feel like I do.

The most significant tune for me on this recording is Conception, which is why I named my album after it! I always love this tune, but I don’t hear many musicians play it nowadays. So I wanted to try it on our recording.  I guess it is a tough tune, but I’m happy about the way we sound on the recording.  The drum trading was a bit complicated, but we nailed it! I really like the ending too.

On our recording, I selected tunes the way I do for the gig.  I wanted our recording to be like a good set, with various tempos, different feels, a mix of standards and bebop tunes… so that we enjoy our playing and hopefully our listeners do too.  I’m quite happy about the way it came out.

I also wanted to feature all the members on my recording. I asked Tardo and Hassan to pick their own featured tunes.  Tardo picked When Johnny Comes Marching Home and Hassan picked We’ll Be Together Again.  Tardo and Hassan played great in general, but I think they especially sounded wonderful on their tunes.”

CONCEPTION is both an idea and a giving birth — here it is deeply satisfying lyrical music, a living embodiment of sophisticated swinging improvisations . . . the kind of rich music the media tells is finished.  How wrong they are. 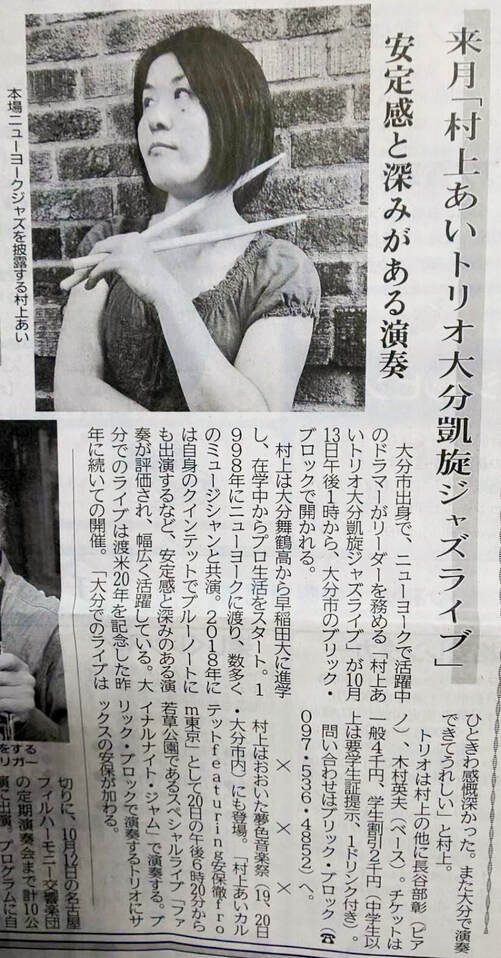 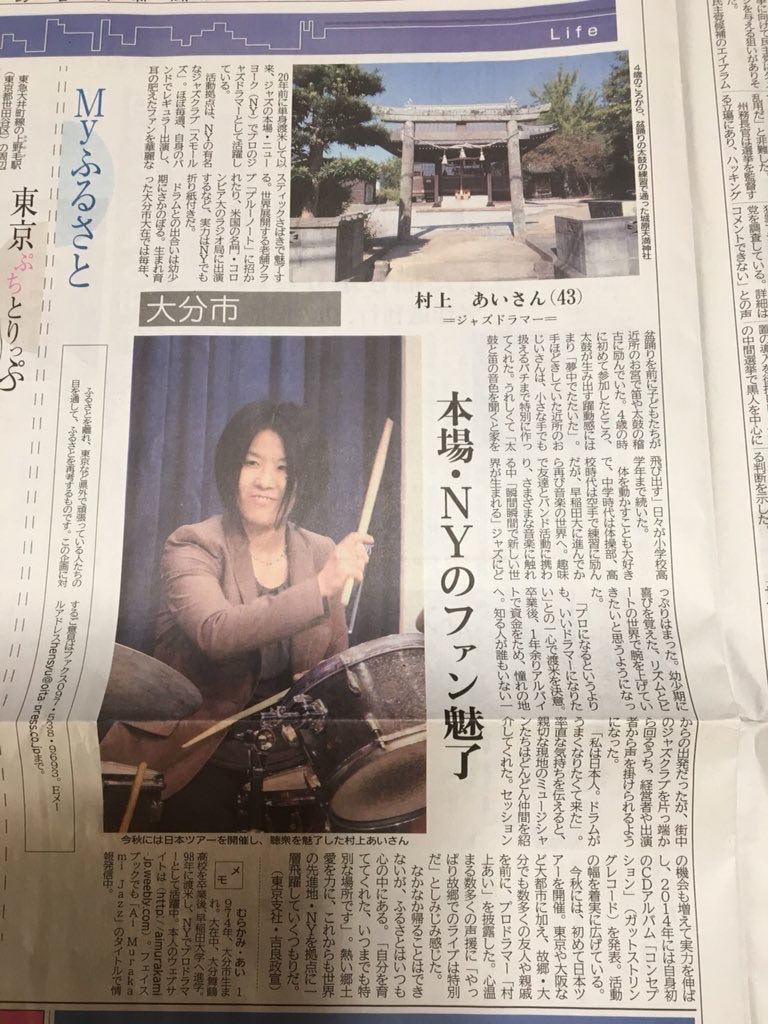 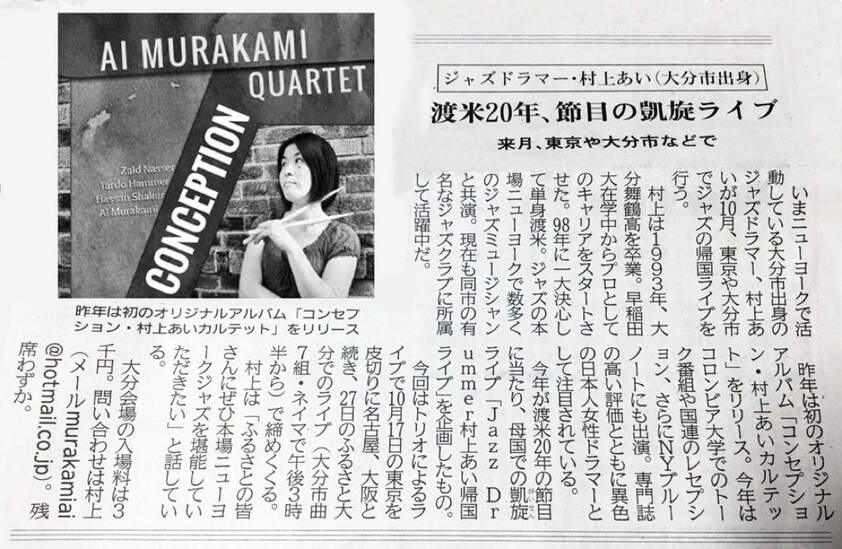